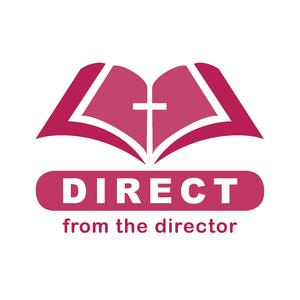 Through television reporting and social media these past days we have seen the very sad and disturbing video of the death of George Floyd in Minneapolis. We have seen protests worldwide, while beginning peacefully, quickly turn violent.
Amid these recent events, yesterday’s Second Reading on the feast of Pentecost provides us a key reminder
“For just as the body is one and has many members, and all the members of the body, though many, are one body, so it is with Christ. For in the same Spirit we were all baptized into one body – Jews or Greeks, slaves or free – and we were all made to drink of one Spirit.”  1 Corinthians 12: 12-13.
Fr. Jeffrey Kirby in a commentary, “As we remember Jerusalem on Pentecost, our hearts are in Minneapolis” wrote the following:
“When the wind blew, and the tongues of fire fell, the apostles were envigored. They left their place of fear and announced a message of salvation, peace, and reconciliation. They unleashed the power of a spiritual renewal, and they relied upon - and spoke to - what all human beings desire in their souls, namely, love and acceptance, redemption and mutual understanding.
In their simple proclamation, the apostles announced the most daring and provocative message ever given to humanity. No longer solely tribes, genders, racial groups, economic classes, or language entities, humanity was called to be one family.
The apostles declared - and we are called to echo today - that all human beings are united as one family under one God. They proclaimed - and showed humanity - our common inheritance as the children of God and a mutual way of love for us all to follow.
In the force of such a message, neighbors are no longer seen as “others” or as threats, but as true brothers and beloved sisters.
As a board we need to continue the work begun to support equity, diversity and inclusion. We have used four key themes from the gospel stories of the Good Samaritan and the Road to Emmaus to inspire our work:
A Community of Welcome
A Community that Crosses the Road
A Community that Patiently Accompanies
A Community of Witness
Previous professional learning sessions have asked us to go deeper with respect to equity, diversity and inclusion. One of the key areas that we have explored and will continue to address is “implicit bias”. Implicit bias can be described as prejudice without awareness. It is a hidden or unintentional preference for a particular group based on social identity such as race, gender, class, ability, or sexual orientation. Implicit refers to “mental associations that are so well-established as to operate without intention and without control”. These are decisions we make that are happening outside our conscious awareness. As one speaker pointed out, having implicit bias does NOT make us bad people . . . it makes us HUMAN. Realizing that we have a bias puts us in a position to address it so we can build the community Jesus has called us to create.
I have been reminded of a powerful TED Talk by novelist Chimamanda Adichie who spoke about the Danger of a Single Story. “Our lives, our cultures, are composed of many overlapping stories. Adichie tells the story of how she found her authentic cultural voice -- and warns that if we hear only a single story about another person or country, we risk a critical misunderstanding.”

“In Canada and in our world of people of different ethnic, language, cultural, religious and racial heritage, no one part of that world or country has a right to claim superiority, power or privilege over another.” Fr. Jim Mockler
“Dear God, In a world where people are judged because of the colour of their skin, their gender, the religion they practice, or the politics they hold, may you give us the grace to see beyond stereotypes to see your image in every human being.” Dean Peter Elliott, Christchurch Cathedral Vancouver